Comments for a Cause - Make-A-Wish Kansas City 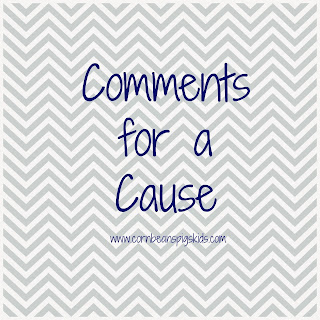 It is a new month, which means it is time to introduce a new cause!  Before I talk about July's cause, let's talk June numbers.  Last month I had 66 comments, creating a $33.00 donation to Retrieving Freedom.  I had a great time exploring their new Waverly, Iowa facility in June.  If you weren't able to go to their open house last weekend, I encourage you to reach out to them and check out how their new facility doesn't just help with dog training, but the training of the new owners - veterans and autistics, as well as an entire community.

This month is going to be an exciting, yet emotional month for my family.  It has been ten years since my cousin Jake passed away.  And to honor him, in the month of July I will be donating $0.50 for every comment on my blog during the month to the Make-A-Wish Kansas City chapter.

When my cousin Jake was diagnosed with a rare bone cancer when he was in high school my entire family came together to support him and his immediate family.  We also came to know and love groups that came together to support him as well.  One group that made a huge difference to Jake (and in turn our entire family) during his year long battle with cancer, was Make-A-Wish.

Jake received an Alaskan fishing trip through the Make-A-Wish Kansas City chapter in July of 2004.  When he came back from his Wish he expressed how much it meant to him.  As time went on during his battle, he always referred back to his time in Alaska and how it was one of the best experiences he had during the last year of his life.  He said the trip let him be himself, away from doctors and hospitals.  He felt free and at peace.  And for those reasons, he asked his mom that his ashes be scattered in Alaska.  When my aunt, his mom, realized that 2015 would mean it had been 10 years since Jake passed away, she said that was that, and said this year, would be the year that we would and needed to scatter his ashes.  So my entire family is preparing this month to do just that.  The trip is going to be fun and emotional all rolled into one.  I hope we will feel the same peace and freedom in Alaska that Jake reminisced about so much.

Any words of advice or encouragment for our family as we prepare to scatter Jake's ashes?  Remember to Comment for a Cause.
Posted by Val at 9:43 PM

Email ThisBlogThis!Share to TwitterShare to FacebookShare to Pinterest
Labels: Alaska, Comments, Comments for a Cause, Make-A-Wish, Make-A-Wish Kansas City