Comments for a Cause - Alex's Lemonade Stand 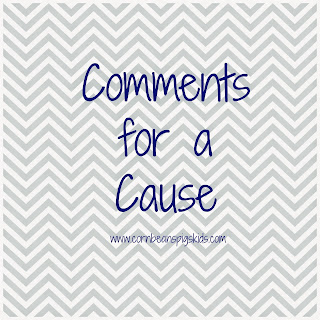 June is here along with the summer weather and schedules.  Despite those summer schedules, I couldn't go any longer without telling you about this month's Comments for a Cause.  But before I get to that I need to recap last month's cause, Lullaby Lane.  Thank you to all 79 comments last month that helped me give a donation of $39.50 to this local project that will give those that have suffered a miscarriage a place to grieve and pray.  I was amazed by the amount of support for this cause and comments made last month.  I appreciate everyone gathering around this effort despite my limited blog posts last months due to my "maternity leave".

In the month of June I'm excited to be donating $0.50 for every comment to made on my blog to Alex's Lemonade Stand. 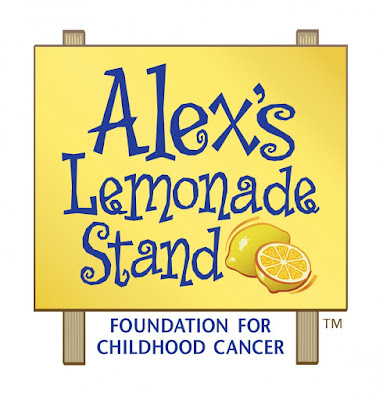 When Alexandra "Alex" Scott was four years old she decided to make "lemonade out of lemons" and set up a lemonade stand to help the doctors of "her hospital" help kids like her.  See, Alex had been fighting neuroblastoma, a type of childhood cancer, since before her first birthday.  In 2000, on the first day of her lemonade stand, set up in her front yard in Wynnewood, Pennsylvania, she raised over $2000.  Alex set up a lemonade stand each year with her brothers after that till she passed away in 2004.  Her legacy, and tradition of hosting lemonade stands, continues today through the Alex's Lemonade Stand Foundation.

Today Alex's Lemonade Stand raises money and awareness of childhood cancer, primarily through research into new treatments and cures.  They also strive to encourage and empower others, especially children, to get involved and make a difference for children with cancer.  Simply by, "one cup at a time" since that first lemonade stand in 2000, Alex's Lemonade Stand has raised over $120 million.  That money has funded more than 550 research projects, created a travel program to help support families of children receiving treatment and has developed resources to help those affected by childhood cancer.

So help me this month, through "one comment at a time", help raise awareness and money for childhood cancer through Alex's Lemonade Stand.  Hopefully you'll be hearing more about this organization in the coming week as the nationwide event, Alex's Lemonade Days, is set for June 10th-12th.  Have you ever been to a Alex's Lemonade Stand event or stand before?  Remember to Comment for a Cause!
Posted by Val at 10:18 AM