Yesterday I attended the State of Now Des Moines 140 Character Conference.  This is a social media conference where speakers were given ten minutes to discuss how they use social media to influence others at work, in their community and in their lives.  There were speakers that covered the areas of tourism, education and agriculture, to name a few.  I thought it was great to have such a strong presence from agriculture.  The conference focuses on Twitter and enables speakers and attendees to listen, connect, share and engage with each other.  There were attendees from Iowa, Missouri, Kansas and Minnesota at the conference. 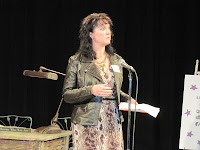 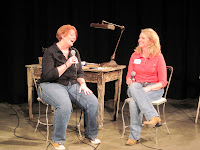 At the conference I really enjoyed connecting with people I followed on Twitter and knew only by their Twitter handle until yesterday.  I got to meet @DarcyMaulsby and @farmnwife, as well as reconnect again with @JPlovesCOTTON and @chrischinn.  Throughout the day everyone was encouraged to tweet the speakers as well as tweet about the conference.  As one of my retweets from @LathamSeeds said, "You have to love a conference where you're encouraged to look down and "engage."  At last, permission to Tweet!"  I had never tweeted so much in one day until yesterday, so much my battery wore out on my phone in the afternoon and I had to be selective on my afternoon tweets.  At the conference I had over 30 tweets! 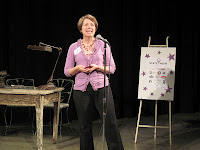 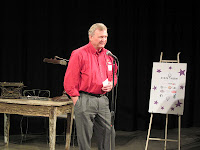 Some of my favorite tweets from yesterday were: 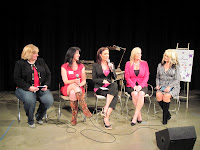 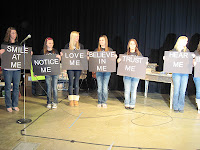 Overall I had a great time and learned several tips on how to be more effective with both Twitter and my blog.  I also learned about some new tools and websites of interest.  If there is a 140 Conference in your area I encourage you to attend and check it out.
Posted by Val at 8:14 PM