Each morning while I'm waiting for the school bus to arrive, I usually do some scrolling through Twitter on my phone.  This morning was no different, except that a hashtag caught my eye - #ActualLivingFarmer.  I thought, well this is cool!  A couple fellow farmers that I follow were using it and I thought, sure, I'll introduce myself to the world of Twitter as an actual living farmer too:


I'm #actuallivingfarmer who raises corn, soybeans, pigs & 4 kids on my 5th gen farm in #NorthIowa, home to some of most fertile ground in 🌎 pic.twitter.com/vDcFP82njS
— Val Plagge (@PlaggeVal) February 10, 2017


I immediately started getting great feedback from the post, so I decided to dig deeper into the hashtag.  Last weekend the hashtag #ActualLivingScientist became trending after a couple scientist decided to introduce themselves, after feeling under scrutiny and under appreciated due to some reports in the news and government changes.  They realized that most people today wouldn't be able to name a living scientist, so the hashtag began and caught on fast.

Then on Wednesday of this week, a plant scientist spawned a new hashtag - #ActualLivingFarmer:


Statistically, Americans are far more likely to know an #actuallivingscientist (4.8% of US population) than an #actuallivingfarmer (<2%).
— Andrew Kniss (@WyoWeeds) February 9, 2017


If you are a farmer, get involved, and share your story as an #ActualLivingFarmer.

If you aren't a farmer, follow the hashtag and check out all the neat and different types of farmers that are willing and interested in sharing their story.  For me personally, I love sharing about my life on the farm because it is not only what I do for a living, it is also my passion. 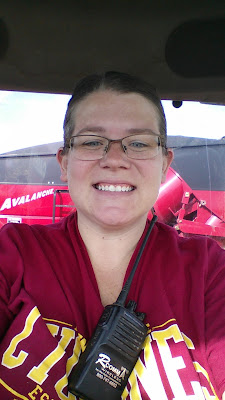 Here are some posts about me and my farm that will give you a better idea what it is like to be raising corn, soybeans, pigs and kids on a North Iowa farm.

Harvest of Thanks to our Farm Family
We are a FAMILY Farm
What it means to be a FarmHer
When I Grow Up I Want To Be a Farmer
Planting a Seed
Here Piggy, Piggy, Piggy

If you have any questions about my farm or being a farmer, comment below.  Remember to Comment for a Cause!