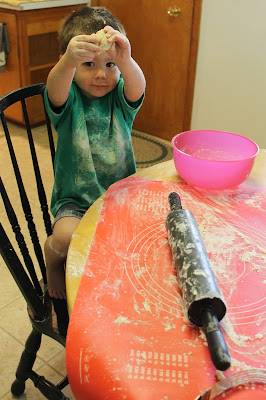 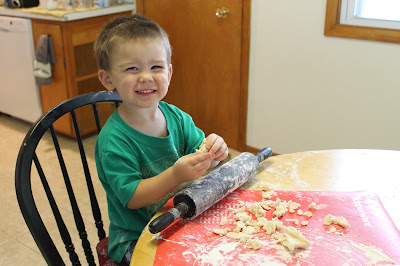 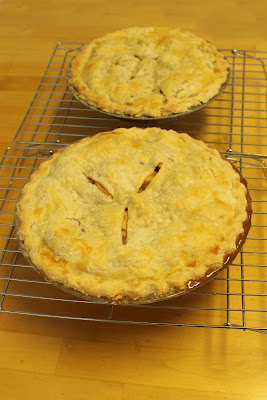 Cut lard with flour and salt into pea-sized dough, add 1 Tbsp. water at a time till form ball.  Flatten and roll on floured surface.

Prepare pie crust.  Roll out half and line pan.  Combine sugar, flour and cinnamon in a bowl; stir in water.  Add apples, mixing to coat thoroughly.  Pour into unbaked pie crust and dot with butter.  Roll out top crust; cut a design in the center to allow steam to escape.  Place top crust on pie, pressing around the edge to seal.  Brush pie crust with milk and sprinkle with sugar.  Bake in a 350 degree oven 45 to 60 minutes or until apples are tender and crust is browned.
Posted by Val at 6:00 AM