Being a pork producer and a huge fan of bacon I just had to try Burger King's new Bacon Sundae!  So a few days ago LP and I were in a town with a Burger King and we stopped in to try it. 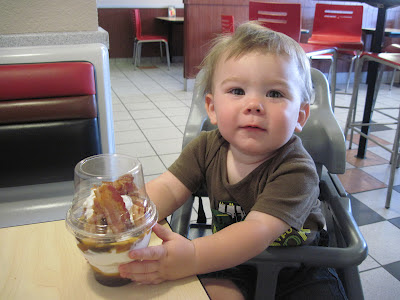 When we ordered the sundae I asked the manager how many they had been serving since it started on their menu; the manager said at that location they'd been selling an average of 12 a day.  She said she was surprised that it was that many (she came off to me as unbeliever in the power of BACON and if I had to guess, I don't think she had tried one yet.) 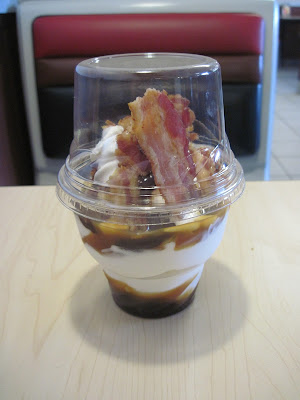 I have to admit, I was surprised with the amount of bacon in the sundae.  I bet there was the equivalent of 3 to 4 slices of bacon in my sundae.  There was enough bacon that I had bacon in each bite from start to finish.  I thought the sundae was good when I'd eat a bite that at first tasted like a regular hot fudge and caramel sundae with a small bacon crumble surprise at the end.  I however didn't care for it when the bacon pieces needed to be chewed a few times because they were large "crumbles." 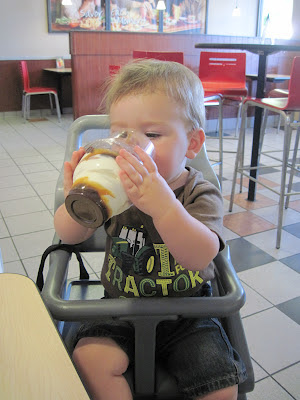 Now will I stop in to indulge in 510 calorie salty-sweet dessert again in the future, probably not.  I'll probably just stick with a regular ice cream treat, but I do have to give props to Burger King for being adventurous and combining two of my favorite foods.
Posted by Val at 10:54 AM