This week's Farm Friday is getting out later than I normally like to get it out because things have just simply been busy around here today, and really, this week.  We finished planting corn on Monday of this week and then finished planting soybeans last night!  It feels good to have everything in the ground.  Now that we are done planting, My Farmer has promised to get my garden tilled!  I usually have a goal of getting this done by Mother's Day, but the farm comes first.  I figure one week after Mother's Day isn't too bad!

As for my "backyard" this week, the corn is growing well.  It would be nice to get a little rain though, and it sounds like we might get a little at the end of the weekend. 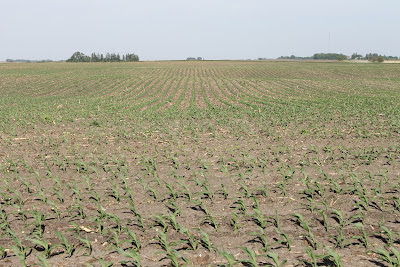 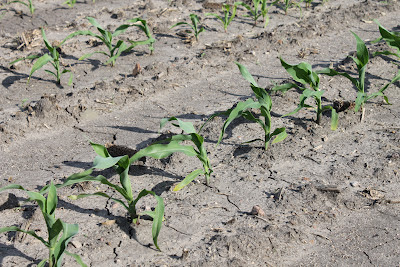 The corn is at the V4 stage today.  As you can see from the photos below, you can clearly see four leaves and collars. 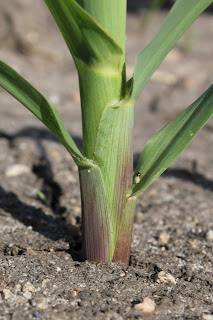 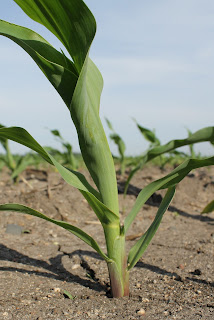 And to end today's blog post, I wanted to give a few fun facts about turkeys.  Today I visited the Iowa Turkey Federation and had a great time catching up with Gretta Irwin, the Executive Director of ITF. 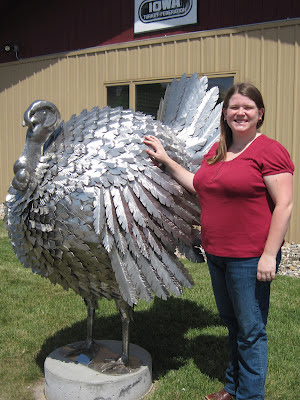