In November, the North Iowa Bloggers teamed together to gather donations and food to help two local food banks, the Franklin County Food Pantry in Hampton and the Hawkeye Harvest Food Bank in Mason City.  And luckily for me I was able to join a few other North Iowa Bloggers a week and a half ago to drop off those donations.

Thanks to your comments on my blog and several others, as well as actual food donations, we were able to donate 235 pounds of food off at the Hawkeye Harvest Food Bank in Mason City! 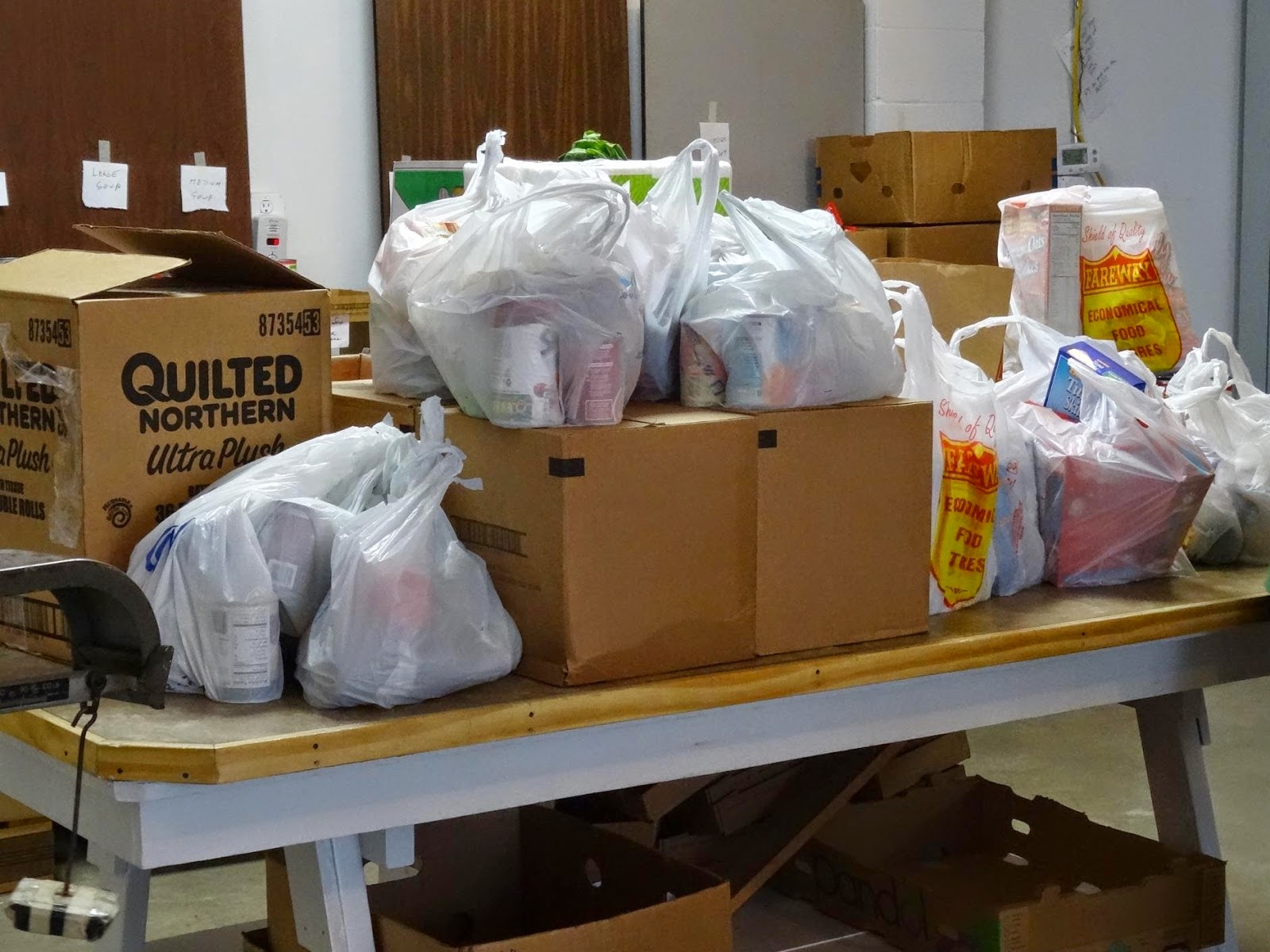 The Hawkeye Harvest Food Bank is an emergency food bank, so families can visit the facility once a month, where they will receive the equivalent of a four day ration.  In the picture above you can see Ozzie talking about some of the different food areas.  Above each section is a chart that tells how many items a family with different amount of members can receive.  For example, in the non-edible section that Ozzie is currently pointing to a family of one receives three non-edible items, family of two receives four, family of three receives five items, etc.

Hawkeye Harvest Food Bank collects food through donations and purchases food and non-essentials through monetary donations.  Currently over 80% of the Hawkeye Harvest Food Bank goes toward food acquisition, while the rest goes towards building costs.  The majority of the food they purchase from the Food Bank of Iowa since they are able to buy it for 14 cents a pound.  They also buy food and non-perishable items from local grocery stores.  Hy-Vee East donates their day old bread and baked good to the food bank, and they partner with Community Kitchen bi-weekly receiving collections from Target and Wal-Mart through their partnership with Feeding America.  In the end, Ozzie told us that the food bank simply couldn't exist without the generosity of North Iowans.  In 2013, Hawkeye Harvest Food Bank served 17,580 people.  At the end of November this year, the total was 19,533 and officials expect to serve at least 1,500 in December, creating a record year in the number of people served.